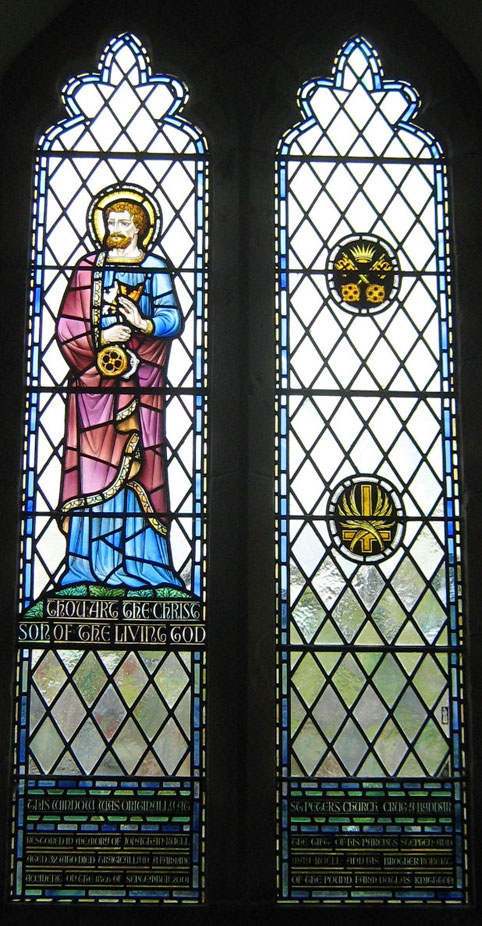 South side of nave

Restored in memory of Jonathan Ruell
aged 32 who died tragically in a farming
accident on the 18th of September 2001.
(right window)

The gift of his parents Stephen and
May Ruell and his brother Robert
of The Pound Farm, Dutlas Knighton